My Daughter Was Bitten by Stray Cat

My youngest daughter is so fond of animals, a trait perhaps she got from her father. I am already thinking that she might be a veterinarian someday because of her affection to stray animals. But unfortunately, I was working from home and she came to me crying. My daughter was bitten by a stray cat. I immediately tend to her wound, at that instance, her fingertip. Then took her to a hospital for anti rabies shots. Momma, do not panic at this stage because your child will certainly be afraid. So although your heart is bleeding for your child, be strong enough for her.

Related Article: How to Cure your Child’s Tonsillitis in 3 Days

What You Need to Do

Well I did not really do anything at home because I immediately took her to hospital but here’s what I found from Kids Health.

If the bite or scratch wound is bleeding, apply pressure to the area with a clean bandage or towel until the bleeding stops. Use clean latex or rubber gloves to protect yourself and to prevent the wound from getting infected.

If the wound is not bleeding heavily, clean it with soap and water, and hold it under running water for several minutes.

Dry the wound, apply antibiotic ointment, and cover it with sterile gauze or a clean cloth.

If your child was bitten or scratched by an unfamiliar or wild animal, note the location of the animal. Some animals may have to be captured, confined, and observed for rabies. But do not try to capture the animal yourself. Instead, call the animal control office or animal warden in your area.

When to Call A Doctor

Call your doctor if the bite or scratch broke or punctured the skin, even if the area is small. A child who is bitten by an animal may need antibiotics, a tetanus booster, or rarely, a series of rabies shots. A bite or scratch on a child’s face, hand, or foot is particularly at risk for infection and should be checked by your doctor as soon as possible.

Get immediate medical care if:

What Treatment Did My Daughter Get

Well it’s already bad enough that it happened during pandemic and hospitals were very strict in accepting patients. But they immediately lead us to emergency room for treatment. It’s really heartbreaking to see my daughter get like six injection in a day including skin test. I feel so sorry for her that she had to endure it so we made a long talk after about approaching a stray animals.

The anti rabies was not really painful at all, well according to my brave daughter but I think it’s the equine rabies immunoglobulin (temporary virus-neutralizing antibodies) that gave her a lot of pain. Because of her weight, the doctor had to inject many times else her muscles will harden and it will be excruciating. If my daughter just said yes to injection at her bottom, it will just be one go. That day, she had fever. Good thing they also issued antibiotic and medicine for the pain.

We had to return on third day, seventh day and fourteenth day for another rounds of anti rabies shots. And during 28th day, our last, I felt so relieved. If your child was bitten by a stray cat, I suggest that you take it seriously and get her medical treatment immediately. 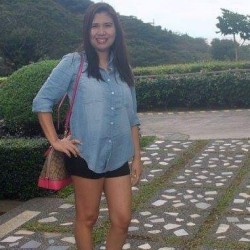